A 21st Century Protestant Historicist Commentary of the Book of Revelation

Historicism is the school of Biblical prophecy that understands the visions and apocalyptic images of Biblical Prophecy as being symbols of literal historical events. Historicism is the method of Biblical Prophecy championed by the Protestant Reformation in their exposure of the Roman Papacy as the Antichrist. The present author sees the book of Revelation as an undeniable extension of the book of Daniel which leaves off with the Roman Empire upon which the book of Revelation picks up. Thus, we are to understand the book of Revelation as speaking to events surrounding the Roman Empire and its later extension, the Holy Roman Empire. The present author sees us in the Age of the Atheists at the sixth vial of wrath on the prophetic timeline, soon to culminate in World War III which will usher in the Golden Age of Postmillennial Eschatology. Soon after World War III, the world will recognize the complete failure of the Enlightenment. 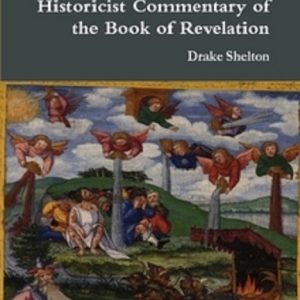 You're viewing: A 21st Century Protestant Historicist Commentary of the Book of Revelation $25.00
Add to cart