The Myth of Gender Equality

This book is my diatribe against The Sexual Revolution which was a development but also a reaction to traditional Christian Anthropology. American Feminism began in the Church among Pelagian Christians as a development of the influence of Arminianism in the early 19th Century North. But as Liberalism began to blossom in the early 20th Century with the school of German Rationalism and Higher Criticism of the Bible, the American Feminist movement basically became a wing of International Communism in its efforts to supplant and ultimately annihilate the White Anglo Protestant Male. The errors of Christian asceticism also provided great justification for the Atheist movement. Turn the clock fifty years since The Sexual Revolution, American society is in chaos, the family is a thing of the past, over fifty-five million children have been aborted for mere convenience, Nihilism is rampant and the age of the bitter single mom is here. 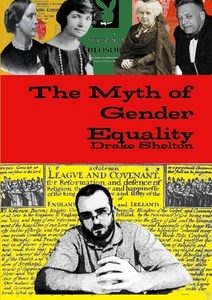 You're viewing: The Myth of Gender Equality $18.00
Add to cart